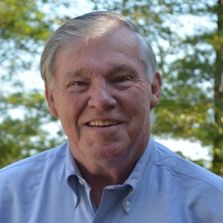 henry@omni-pub.com
Henry M. Quinlan, owner and publisher of Omni Publishing Company, has 40+ years of varied experience in the publishing of books, newsletters, DVDs and CDs and the organizing of seminars.

Henry organized the first national seminars on the internet and law enforcement in the 1990s and one that examined the Columbine School shooting. He founded Quinlan Press, a book publishing company, in 1986. Notable among the books that he published are: “My Life in Space” by Wally Schirra; “Rebound” by KC Jones, coach of the Boston Celtics; “My Dad the Babe” by his daughter Dorothy Ruth Pirrone; “The Cops are Robbers” by Kevin Stevens, which was featured on 60 Minutes and made into an HBO movie.

While engaged in a publishing venture in the former Soviet Union, Henry Quinlan was asked by President George H. Bush to organize the publishing of the children’s book, “Make Way for Ducklings” in Russia in 1991. He also organized the construction of the Make Way for Ducklings statutes in Moscow as part of a 1991 Summit meeting of President Bush and Secretary Gorbachev.

Currently, Henry has returned to publishing books with Omni Publishing Co., forming a self-publishing division.The first book published in the division is “No Justice” by Simon C. Fireman. In 2017, Henry Quinlan is assisting the following authors:

Leonard is a full-service designer providing creative solutions to design needs from traditional print to electronic media. He has built a successful design and production business focused on the needs of large publishing companies in the Boston area, including IDG, Cengage, Houghton Mifflin and Reed Business (formerly Cahners Publishing) and McGraw-Hill. He has developed specialty business niches in direct mail and custom publishing; is a recognized expert in company identity work, including company logos; and has managed virtual design teams.

Theresa is a senior editor for Omni Publishing Co. who has earned the respect of a variety of authors for her knowledge and professionalism. More than one author has said that “I am a much better writer due to the guidance of Theresa.” Her long experience in publishing has enabled her to provide authors with guidance through every step of the process, from concept right through the many steps in the editing process. Theresa has experience editing a variety of genres, including fiction, personal and political memoirs, non-fiction and poetry.

As Mary Jordan has stated, “I love working with Theresa. Her command of the English language is what makes her so special as a book editor. I have full confidence in her corrections and believe they will make my work better.”

Kim is an entrepreneur who assists companies in intensifying their brand through traditional and digital marketing programs. Kim began her career in the pageant business, was the director of four New England States for the Mrs. America pageant system, and received the “State Director’s Award,” a national honor. Later in her career Kim became the state director for the Miss Universe Organization, owned then by Donald Trump and NBC Universal, where she gained valuable marketing experience as the state director for the states of New York and New Hampshire.

Kim offers business services in areas where she has experience – public relations, marketing, brand building strategies and fundraising. She is a resident of Salem, NH, and Palm Beach, FL.